True to You by Jennifer Ryan (Review) 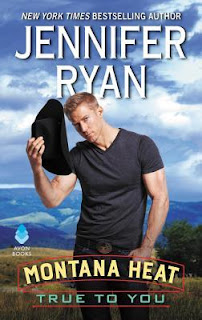 I finally got to finished True to You by Jennifer Ryan. Don't get me wrong, I liked the story. We have DEA Special Agent Dawson King aka Flash, who is getting out of prison. He's undercover, and he's going after Iceman. He has a plan, but he didn't count on falling for Iceman's daughter, Cara Potter.

So, I read this over the course of a few months. The things I remember about this story are Cara has a hard believing Flash is who he says he is, she wouldn't be wrong. However, she starts to warm up to him, and things start to get heated between them and around them.

I like these two characters. Flash is pretty awesome, because he's trying to do a job, and tries to be as honest to Cara as he can be. By the way is super hard when you're undercover. Cara is trying to live her life, and trying to avoid her father. Which isn't always easy since his business is all around. Then there's Iceman's crazy brother. He's pretty out there.

Anyway, I liked this story when I had chance to read it. You might want to consider reading these books in order, because they build on one another. Now, I need to go tackle Bennett's story.